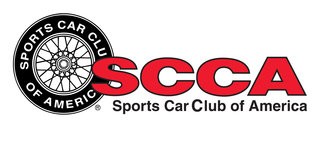 It’s SCCA® Board of Directors voting season again, with five of the 13 designated Areas selecting members to serve on the BoD. Board members serve a three-year term. Ballots are mailed to addresses on record with the SCCA office for those in Areas with an upcoming election. Per SCCA policy, areas without contested elections will not receive ballots and be recorded as a 1-0 election.

Ballots should arrive soon in some mailboxes, but please allow at least a week for ballots to be delivered.  Instructions are included with the ballot.  Completed ballots should NOT be returned to the SCCA office. Instead, votes will be tallied by Mize Houser & Company. A postage paid return envelope is included with the ballot for your convenience.

Members in good standing as of October 1 shall be eligible to vote. If you feel you did not receive a ballot and should have, or if you have questions, please contact membership@scca.com or call 800-770-2055. Again, please give time for ballots to come through the mail before calling Member Services. Ballots must be returned to Mize Houser & Company by November 15.  Areas up for election this year are as follows:

The Board of Directors represents you, the members – be part of the process and vote!